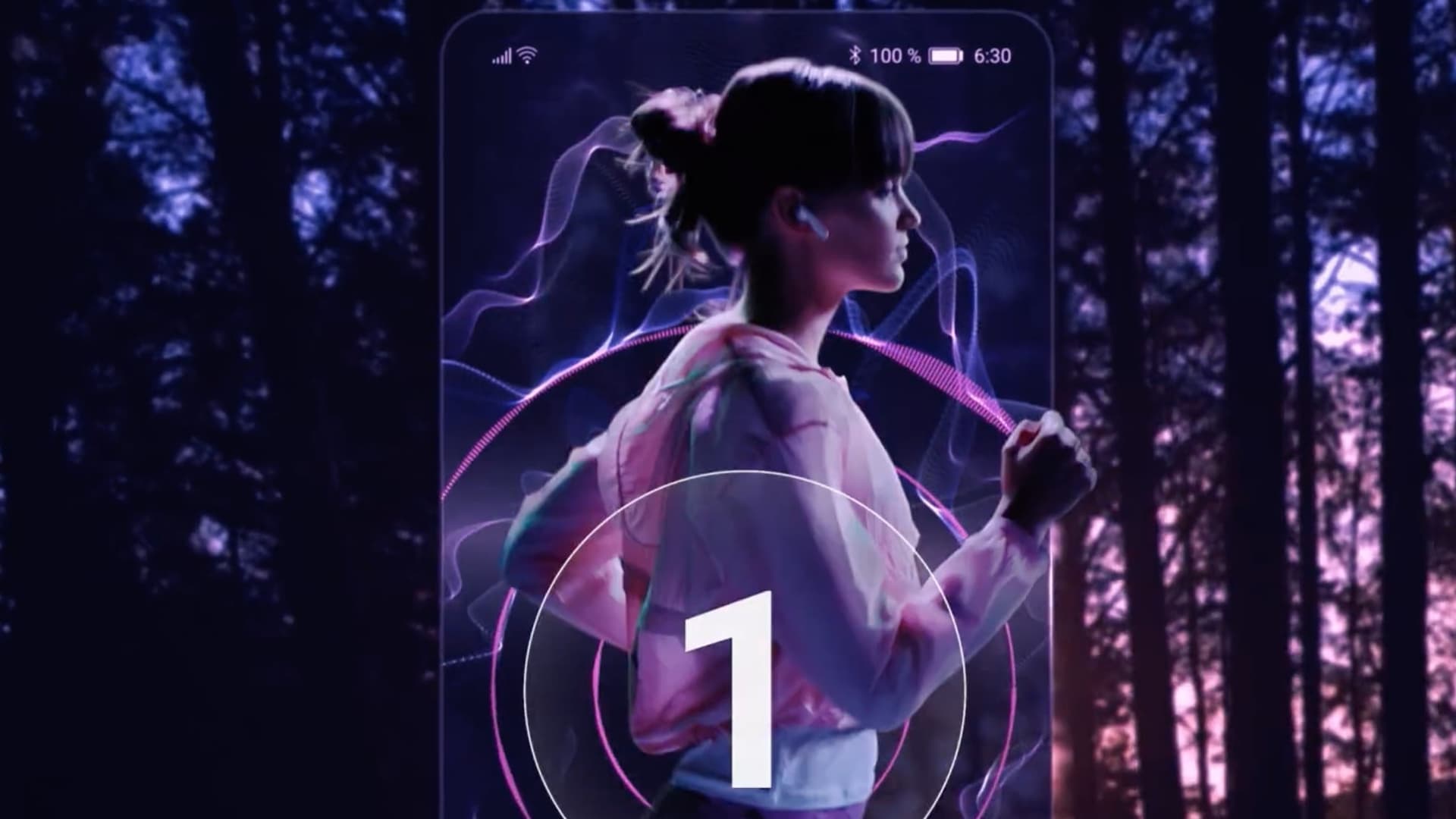 Huawei makes designing one's personal digital lifestyle just as easy as individual: Be it listening to your favorite music while jogging, streaming a new movie in the subway or scheduling your day. It's "Your day, your way". 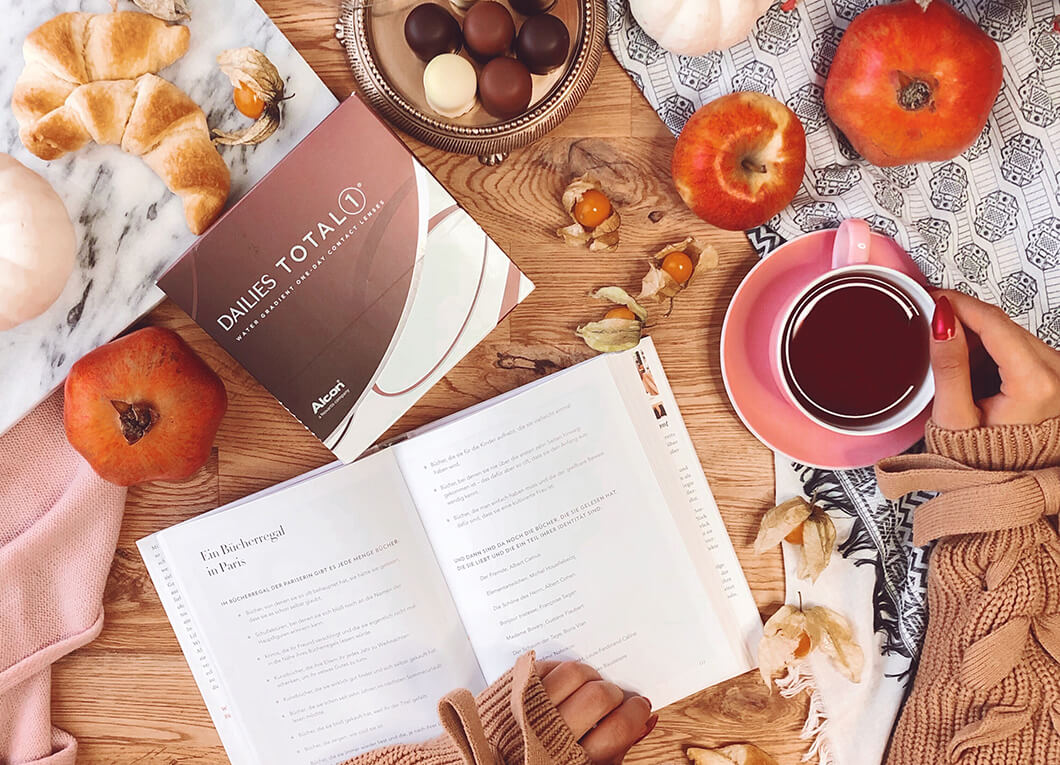 We ran a broad reaching Influencer campaign for Alcon, one of the global market leaders operating in ophthalmic surgical and vision care markets. Our goal: to position the quality and trustworthiness of Alcon's monthly and daily contact lenses within young Millenials & Generation Z in Germany. With over 25 Influencers participating in creating more than 100 social media content pieces and reaching over 3 million contacts, our campaign was a huge success. 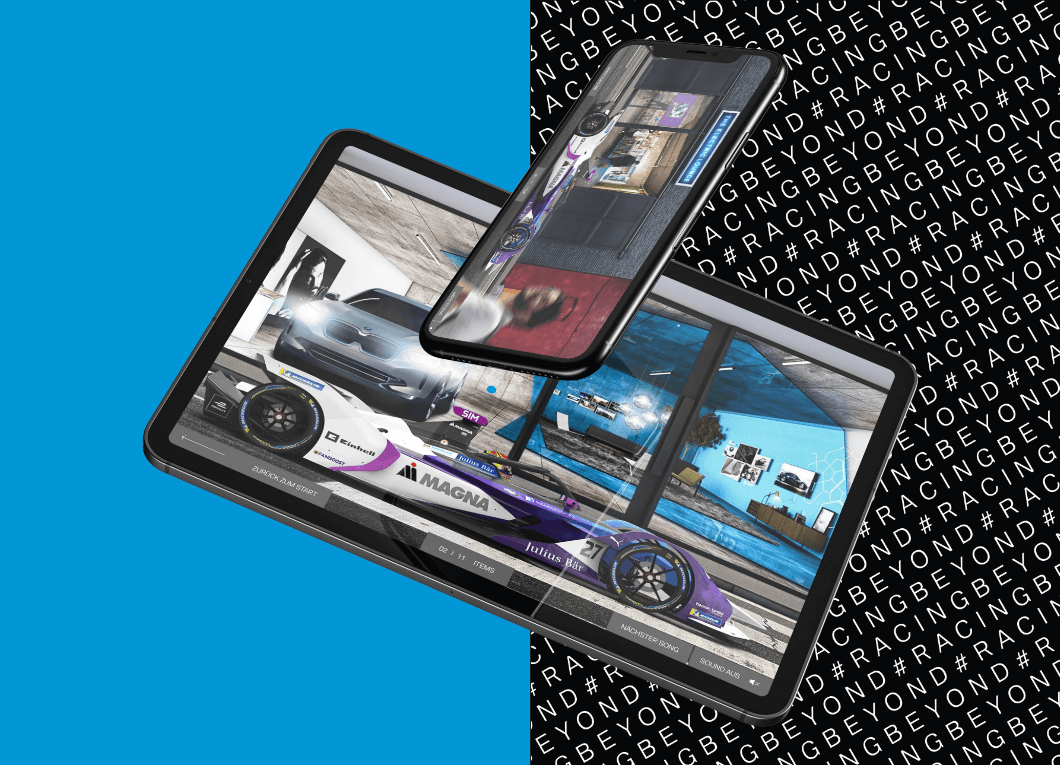 In the sixth season of Formula E, a unique online experience was created under the motto "BMW i MOTORSPORT URBAN RACING". With a focus on the racetainment character on the landing page, the user himself becomes the driver of the BMW iFE.20. Three specially produced songs create an urban vibe. Communication was played 100% digitally. 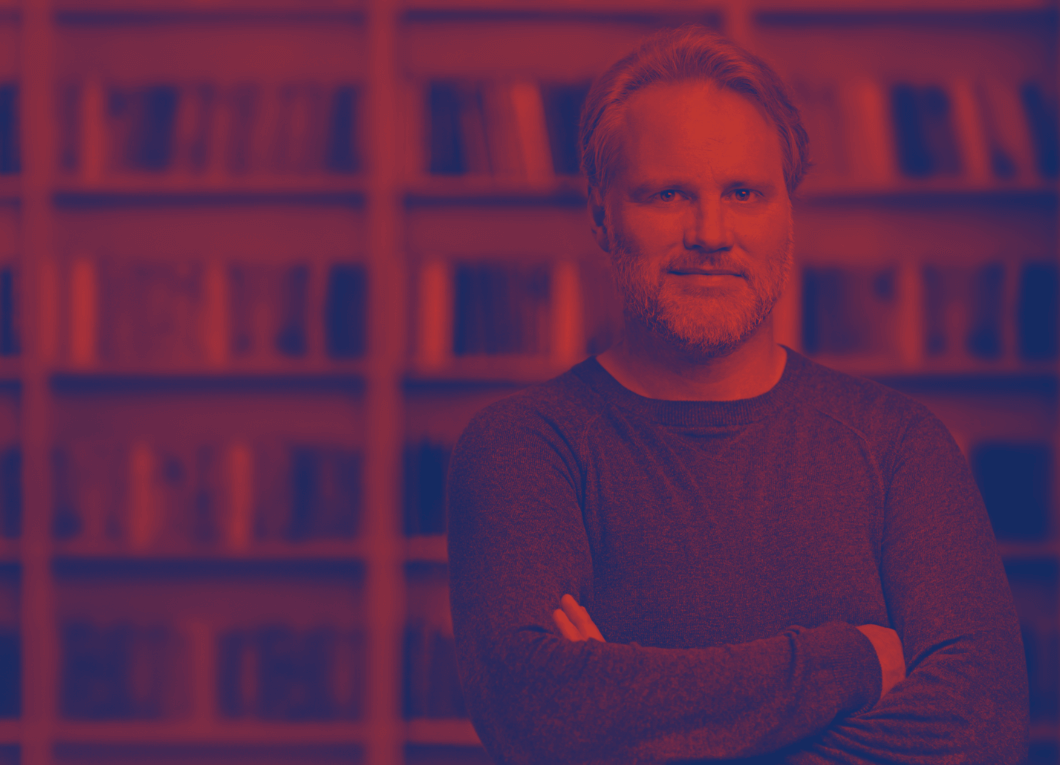 WeltSparen offers attractive conditions and service for everyone. For the campaign, we dedicated ourselves to the democratization of financial services. The TVC moves into the target group's world of thought and shows the usual entry hurdles. Humorous, but with a socially relevant question: Can you only get good conditions with good contacts? 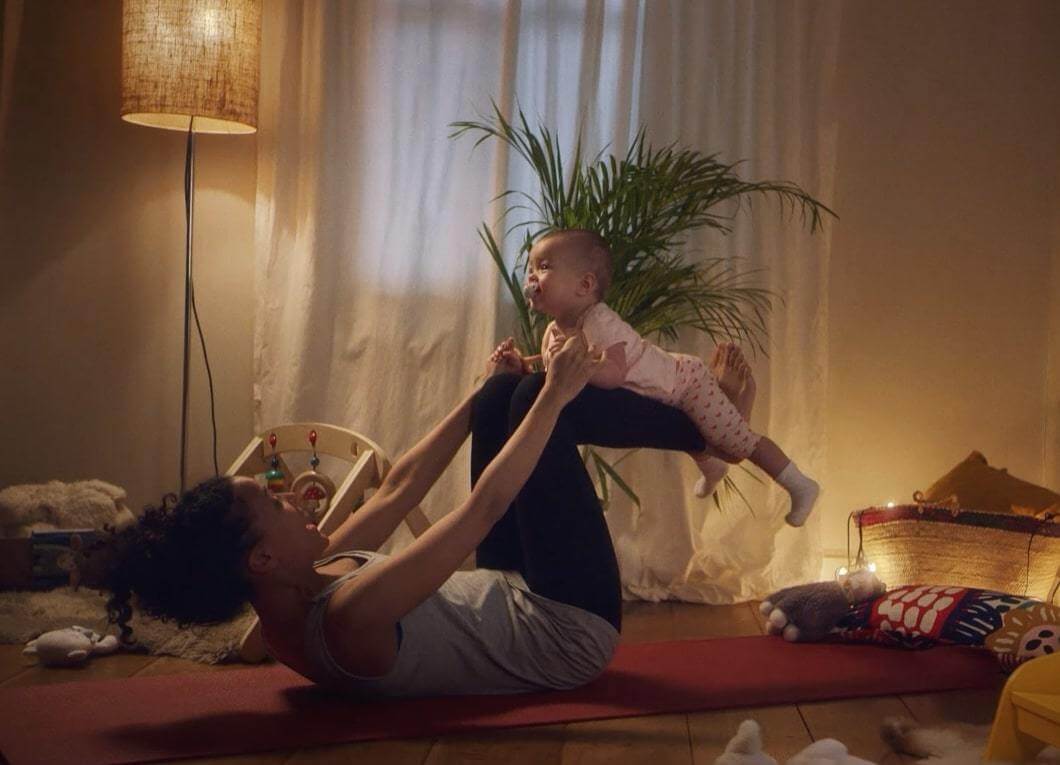 Parenting isn’t easy, and when it comes down to motherhood there’s not such a thing as being the “perfect” mother. Specially when they are new to this experience, it is hard for them to relay on unsolicited advice or following unrealistic depictions of perfect motherhood on social media. With the spirit C&A’s brand philosophy “Feel Good Fashion”, we created an honest and emotional campaign that motivates new moms to feel as comfortable and proud of who they are, even if their parenting style isn’t perfect. 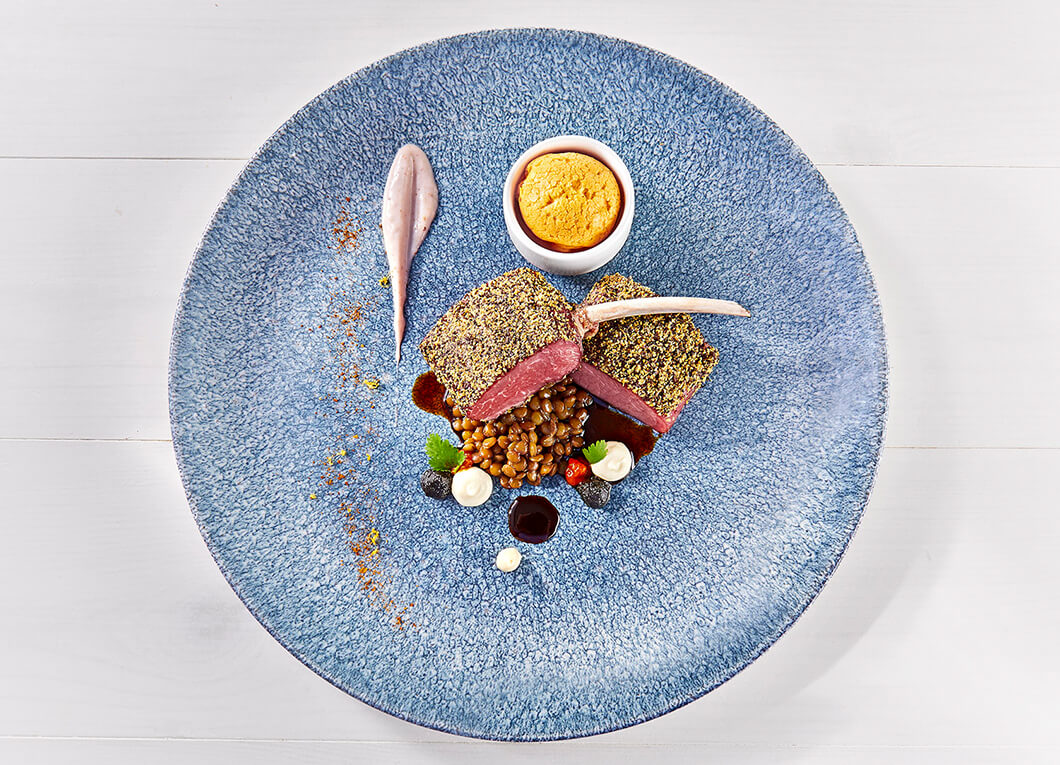 Storytelling for the catering industry

Take high-quality products with a unique selling point, season them with current trends and garnish them with quotes from chefs. The result is content-driven user stories for specialist media, online portals and newsletters - as inspiration from professionals for professionals. In addition to working closely with the media and chefs, we also support MILRAM Food-Service in promoting young talent. 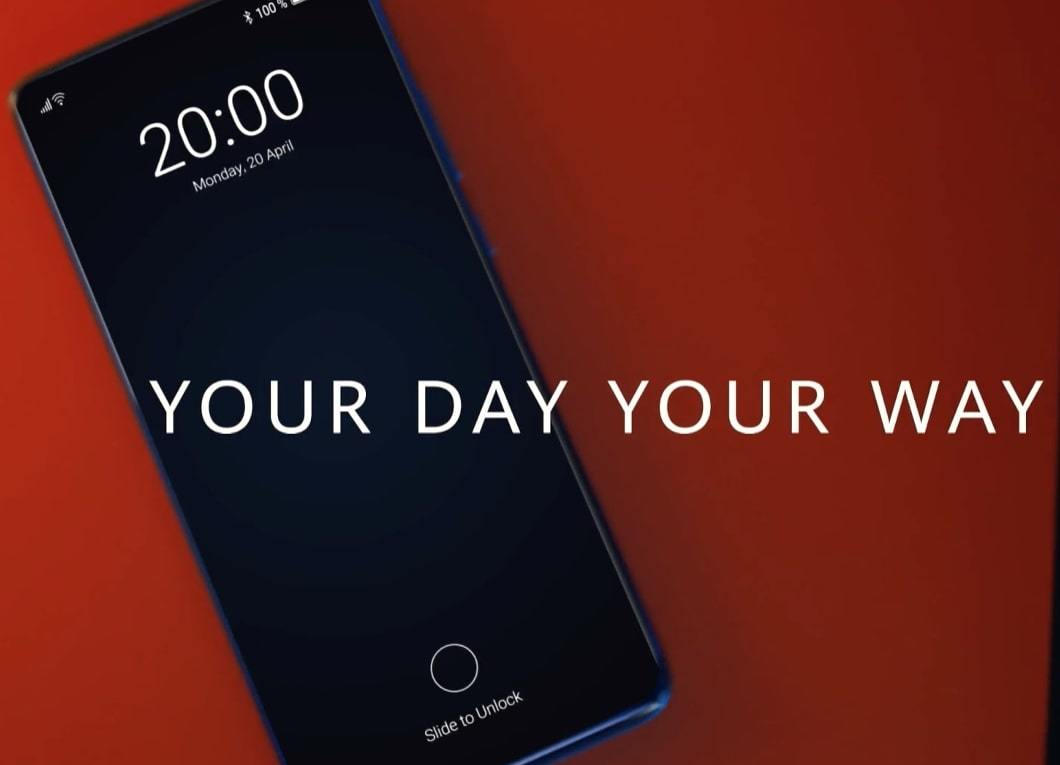 Your day, your way

"Your day, your way" immerses itself in today's digitally designed life and makes Huawei Mobile Services and its possibilities for organizing our everyday lives tangible: whether it’s listening to your favorite music while jogging, streaming a new movie in the subway or reading in a café. The HMS prove to be reliable companions that adapt to individual lifestyles and digital routines. And this equally in terms of design: Because, similar to the daily choice of clothes, the complete user interface can be individualized via the HUAWEI themes according to your liking and character. 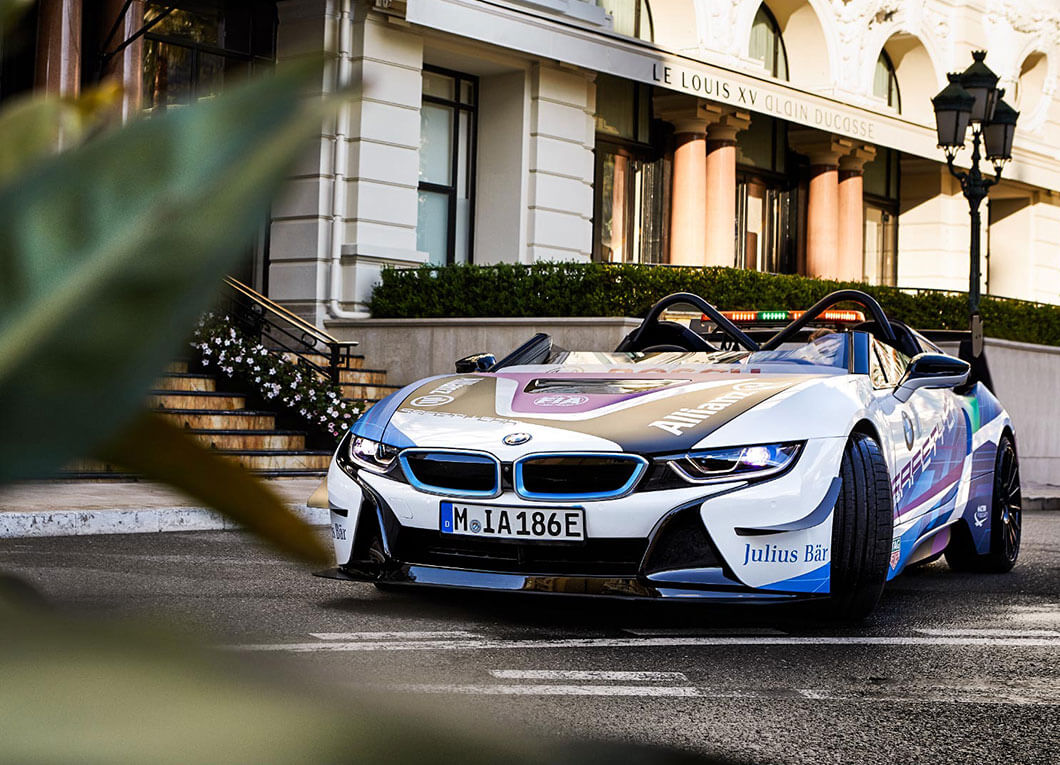 In the fifth season of the Formula E Championship, we developed another communicative highlight for BMW i Motorsport. An online film about the new BMW i8 Roadster Safety Car: Bruno Correia and BMW yachting legend Pierre Casiraghi racing in Monaco. The stunt was documented through a social media campaign, a behind-the-scenes documentary, an interview series, and interactive content on the website. 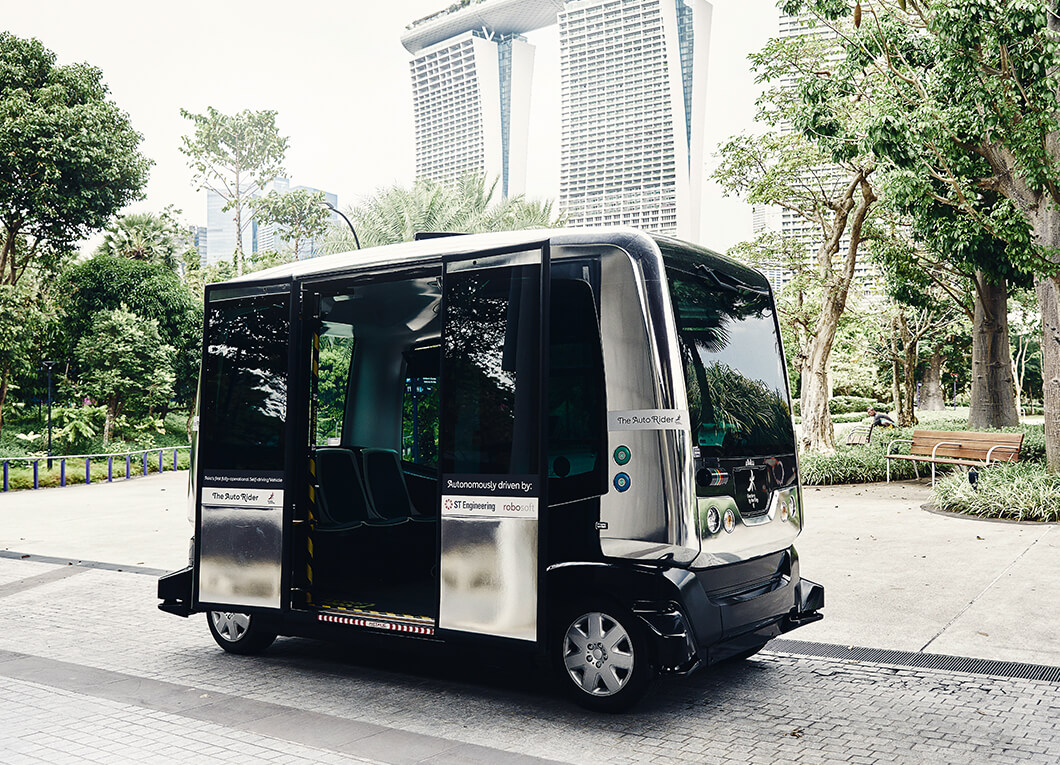 The Singapore Economic Development Board (EDB) is a government organization that aims to encourage German companies to invest in the city-state, particularly in the area of Industry 4.0. To achieve this, we have developed an integrated communications concept and implemented a multi-channel content strategy - from PR and advertising, cp and website to events and stakeholder cooperation. 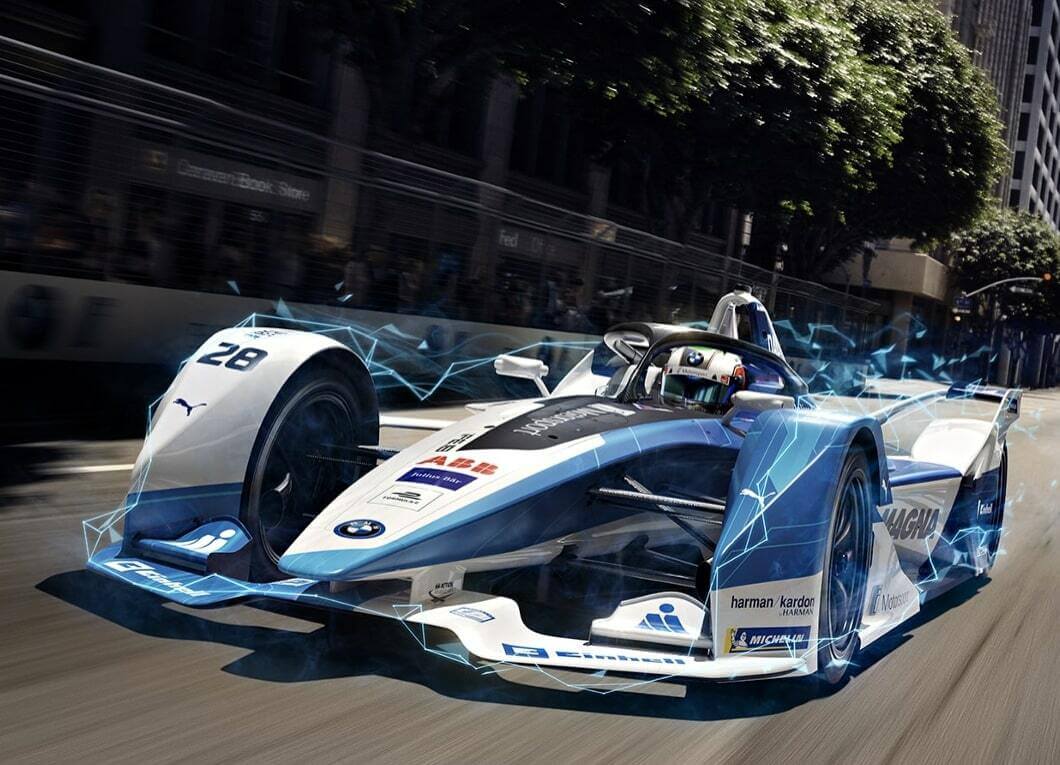 #RacingBeyond transports the feeling of the ABB FIA Formula E Championship and brings racing from the race track directly into the city center. The focus is on the brand new, fully electric iFE.18 racing car in the middle of an international, urban environment and in full racing action. 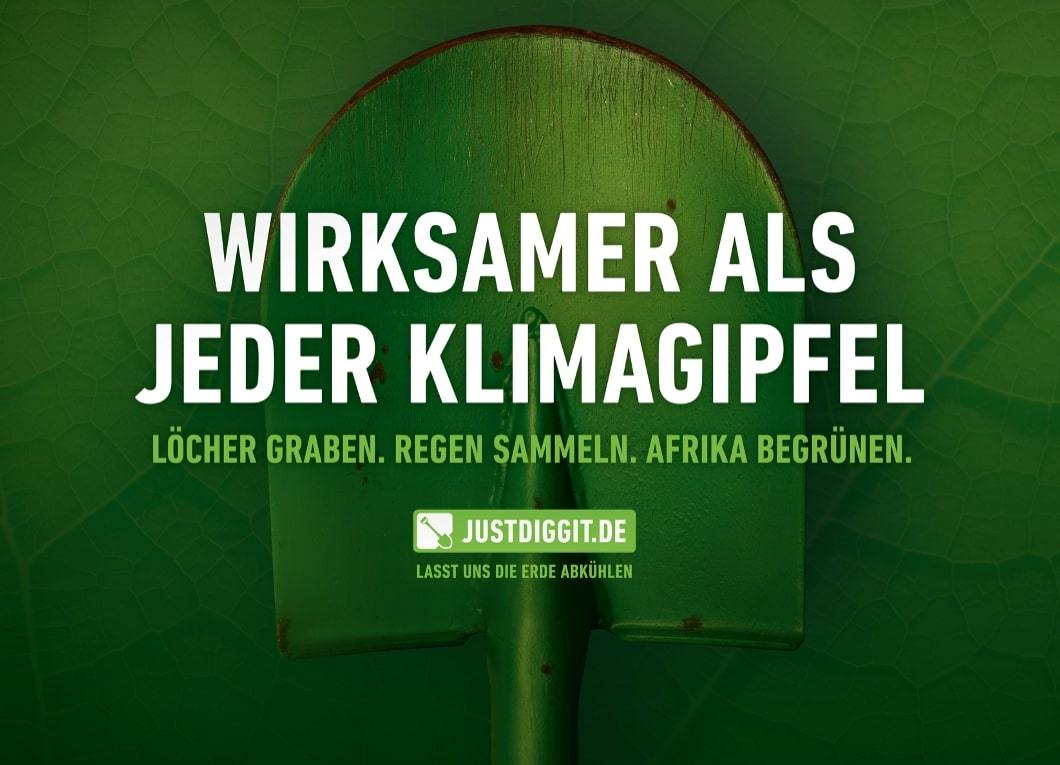 Let's cool down the earth

In Germany, we have committed ourselves to the meaningful mission of the Dutch NGO Justdiggit. An impactful initiative that uses a simple shovel to help regulate the climate in a sustainable manner. For the German brand launch we created the local website adaptation and developed the comprehensive campaign “Lasst uns die Erde abkühlen” (“Let’s cool down the earth”) with artist Thomas D as official ambassador. Since then Justdiggit has been visible online, out of home and on German TV and showcasing solutions for one of the most critical topics of our time: climate change. 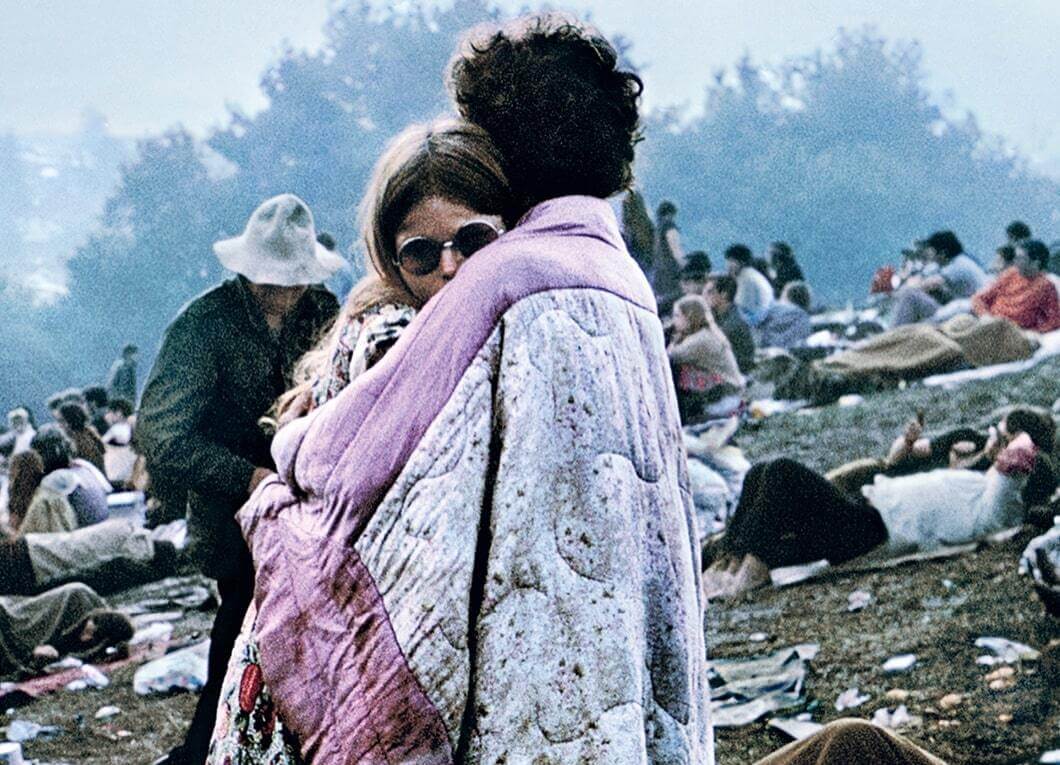 "Forever Lasting Moments" creates an awareness of the long-term effects of disposable plastics. We show iconographic, historical events and their duration – such as the UN Climate Conference 2016 with agreements that lasted only two years (in contrast to the plastic bottles used there). 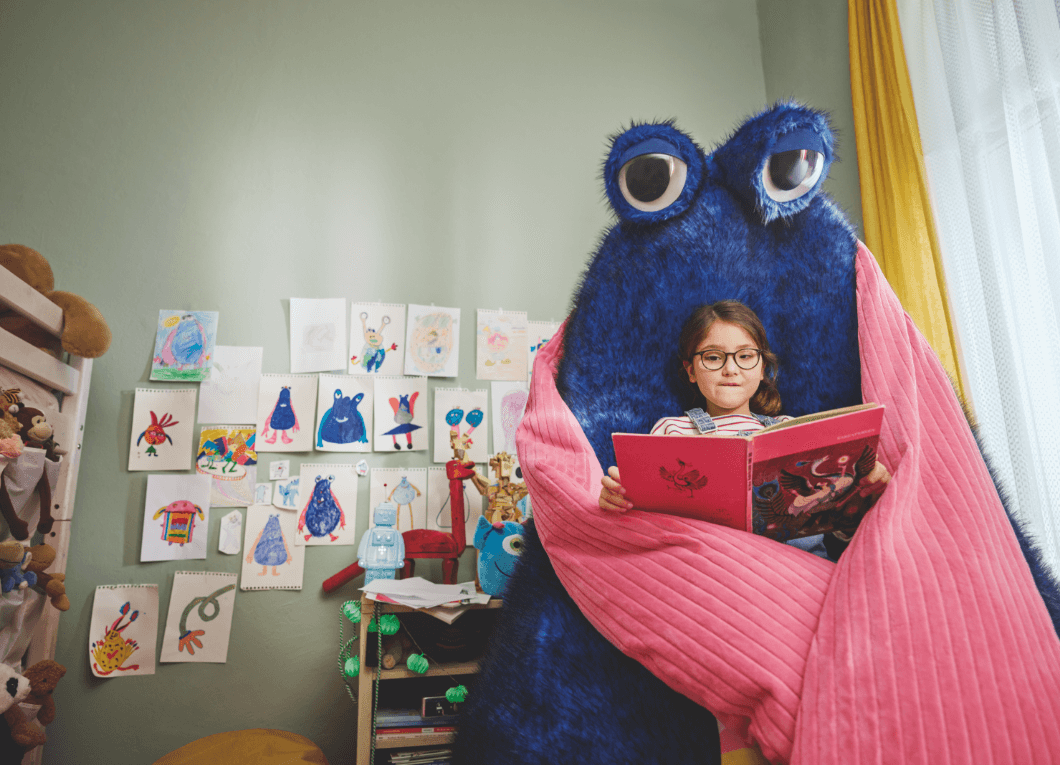 Crazy ideas are often the best. For the TV and online campaign, we were inspired by unusual purchase decisions: “Crazy? Only if you don’t pay with PayPal. ”Otherwise, we did a great job and worked with an extensive OoH campaign, special placements and social media. 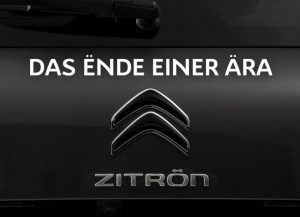 Anyone who buys a car in Germany has many manufacturers in their relevant set; except for Citroën. No wonder that the brand awareness of the brand was at rock bottom.For Citroën's 100th birthday it was time to change something – so we changed the name: Citroën became Zitrön. Just the way the Germans have always pronounced it anyway. The rebranding was everywhere. And was advertised with an agile and cross-channel campaign. 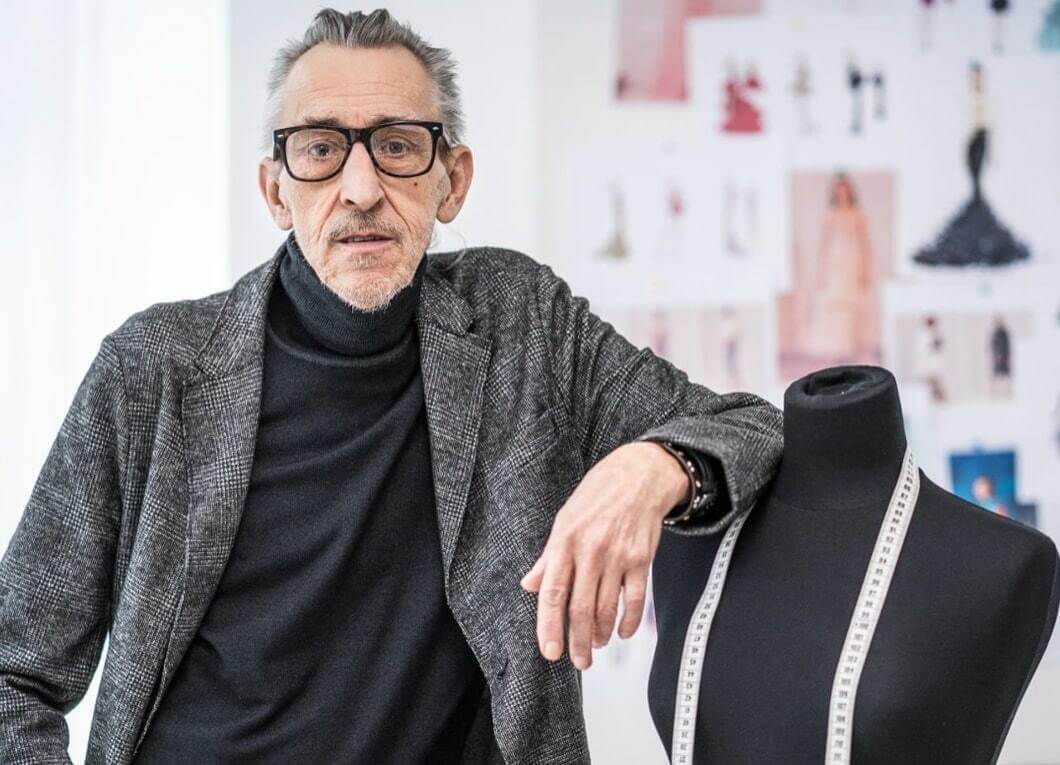 For "Repicturing Homeless" we turned homeless street vendors of the local fiftyfifty magazine into stock photo models of popular motifs. In cooperation with the internationally well-known picture agency Getty Images and fiftyfifty, more than 120 stock photos have been created, showing the homeless as managers, scientists, fashion designers or business women – visual results that question the public perception of homeless people. 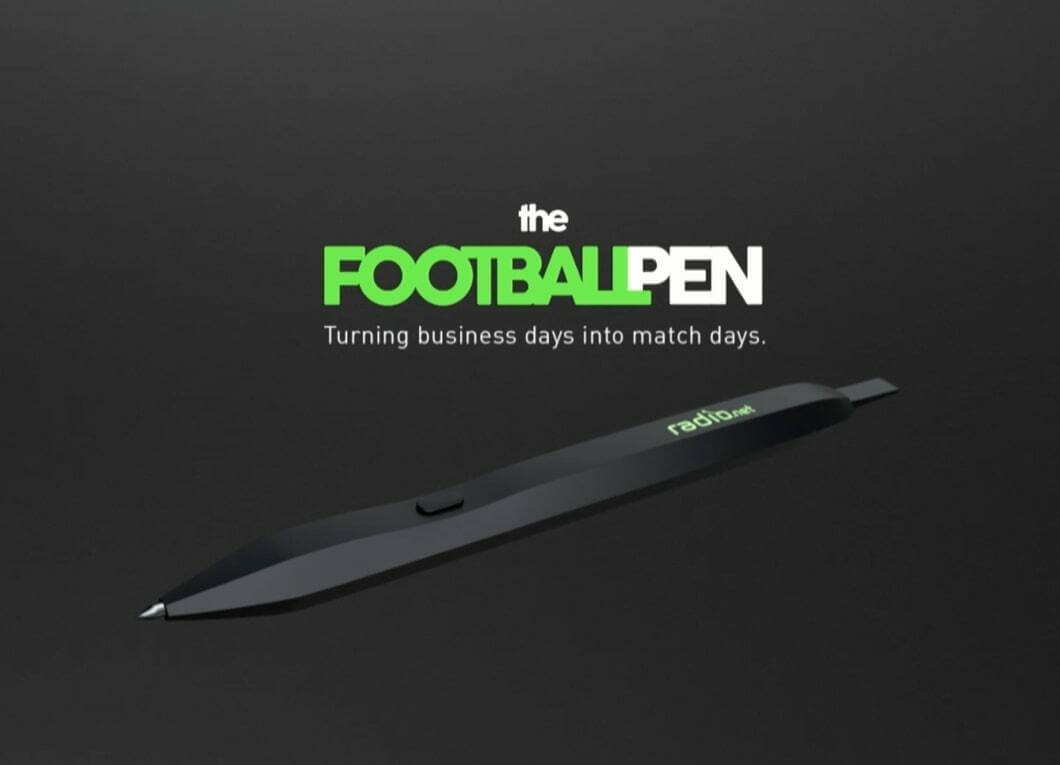 During the last FIFA World Cup, German people struggled to combine their two major dedications: football and work. Because with the World Cup taking place in Russian time zones, play times clashed with German working hours. We at Havas Germany found a way to bring work and football together. For our client radio.net, we developed an undercover radio device inside a regular ball pen. Once it’s connected to a mobile via Bluetooth, people can bite on the narrow end of the pen and – thanks to bone conduction technology – enjoy a private broadcast nobody else can hear.